When I was in Chicago last week for a Desktop Virtualization seminar, I was talking to some attendees about their plans for the next few weeks.

The second half of December is traditionally a slower time at the office which provides an opportunity for us to catch up on the stuff we've been putting off all year. When I was in Chicago last week for a Desktop Virtualization seminar, I was talking to some attendees about their plans for the next few weeks. One person was going to build side-by-side labs to compare View 4 and XenDesktop 4, while another was planning to install Windows 7 to start to learn what's different from XP.

This got me to thinking: In the context of desktop virtualization, what do you think is the best way to spend the next few weeks? In other words, if someone came to you and said, "What should I study over the next two weeks?", what would you tell them?

I actually wrote an article for SearchVirtualDesktop.com about the three essential but often overlooked skills needed for desktop virtualization engineers. I focused on (1) understanding how applications install themselves, (2) learning the various deployment and imaging tools Microsoft provides, and (3) figuring out all the new changes to security that Windows 7 introduces. So I guess if someone where to ask me about what they should study, I would suggest one of those three topics.

But what about me personally? How do I plan to spend my next two weeks? I actually just bought the 1700-page Windows 7 Resource Kit which I'm going to try to read by the end of the year. I'm reading it with a specific focus on desktop virtualization to learn everything I can about what's important when it comes to delivering this new OS. (So far I'm on Page 32 and the most important thing I learned is that it's the "Aero Shake" feature that's the cause of all background windows minimizing "randomly" on my workstation. Fortunately you can jiggle a second time to "unshake" your windows.) 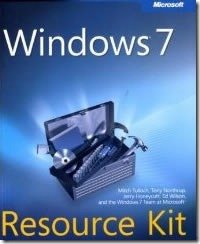 So what do you think? What books do you recommend? How are you planning to spend your next few weeks? What would you advise others to do with their time?

I wish to see a comparison between pcoip and ica over the WAN not over LAN. especially the behaviour when there's a limited amount of bandwidth . I can't find anything like that (only LAN comparisons) and most videos are just promotional instead of true cases.

I personally will be brushing up on vSphere 4, I think vmware has done a great job. Am sure people will look into implementing Citrix Xendesktop 4 around sept 2010. That is my prediction on vdi

I will be working on a few admin utilities to release to the community.  Or... I will be lazy and do nothing!

You've covered profile management somewhat, but you really haven't gone into it as deep as you do for desktop and application virtualization. I think in 2010 profile management is going to raise a lot of questions, perhaps even to the point where the attention it gets exceeds questions regarding desktop and app virtualization. Not just from those looking at app and desktop virtualization, but probably even more so from those who are just migrating from XP to Win 7 in general, as the user profiles between the two operating systems are different.

Experience is the 'best book' in my opinion, so I'm planning to setup Parallels PVC4.0 and Quest vWorkspace 7 as a VDI platform to compare some of the I/O testing done by Ruben Spruijt on more traditional VDI platforms.  Oh the fun...!

I might re-read "The Unix Programming Environment" book from 1983. Either that or trying to understand all the quirks of 2008 R2 RDS/VDI.

I'll probably be playing with trying to cloudburst XenApp into the EC2 cloud.

Not a bad choice, but you might also consider the version 5 of "Windows Internals".  There is a lot to learn - and to unlearn - in that version.  It seems that now that Mark R is on the inside more quality information is comming out.

@Rodd - interesting choice, as PVC 4.5 is out now but vWorkspace 7.0 isn't?  Not saying I doubt you, just wondering why that combination?  Interested to hear your results!

Good question: right now, PVC4.0 is the 'preferred' version for VDI based on my numerous interactions with Parallels and Quest technical support.  I have access to vWorkspace 7 RC1 which enhances support for PVC 4 (and very likely supports PVC 4.5...but I don't know for sure yet).  Parallels says support for Windows 2008 R2 is due by Q2 2010 (already baked into vWorkspace 7) at which point the latest versions of both products would make sense to POC.

You can contact personally if you have questions about Parallels & Quest for VDI: rahrenstorff@behaviormanagement.org

vWorkspace 7 should ship this week.  I'm hoping to have the RTM bits in my hands on Thursday.

Just listened to the podcast,

Now that takes me back (a long way). I must still have a copy but have not looked at it for years and years. Great book in its day though.

i will probably brushing up my Powershell skills and look into Cloud computing as well.

Tony,the RTM/GA of vWorkspace 7 hit the download site a few hours ago.  I just downloaded the X64 installer and am now downloading the 32 bit installer.

I have no idea, nice to read your passage.

Have a good holiday!