We were all geared up to do a story on the Windows 10 launch and all the parties that Microsoft was going to have in their stores yesterday. Then we read this little tidbit on Citrix’s news site that Mark Templeton is retiring (again) and that the company is cooperating with Elliott. Apparently this is all good news, as Citrix’s stock jumped 8% instantly.

So what’s going on?

Last year when Mark first un-retired, Citrix chairman Thomas Bogan said, "Mark has made a multi-year commitment.” However since that statement was not multiple years ago, we can assume his retirement was not planned.

Mark himself also indicated the he planned to stay longer saying, "While I had planned to retire within the year following my leave of absence, my personal circumstances have changed, and I am more determined than ever to lead Citrix through its next wave of transformation."

Citrix is cooperating with Elliott

Of course the real reason Mark is out is due to Elliott’s letter and them taking action.

Six weeks ago, a company called Elliott & Associates, owner of about 7.5% of Citrix’s stock, sent an open letter to Citrix which accused them of having lost focus and suggesting they need to cut or spin off a bunch of non-core businesses. With proper focus and management, Elliott believed Citrix’s stock could get to $100 per share by the end of next year.

So far it looks like they’re right, as Citrix’s stock was $66 before the letter was published; it immediately jumped to $70 when Elliott released their letter; and yesterday it jumped to $75 when Citrix announced they’d work with them.

The gist of the deal is that Elliott gets a board seat, and Elliott and Citrix will mutually agree on another new board member. Two existing board members are leaving to make room for the two new people.

Elliott and Citrix also signed something called a “standstill agreement” which basically says that Elliott agrees not to bring any shareholder votes, proxy fights, etc. for one year, as long as the Elliott guy is still on the board.

Thomas Bogan (same Citrix board member who was quoted in all those other press releases) said, "We believe the addition of new and fresh perspectives to our board will ensure Citrix continues to lead in application networking and virtualization markets,"

Notice there’s nothing about GoTo, NetScaler, mobile, or any of the other “distraction” areas that Elliott called Citrix out on.

Overall this is an interesting time for the company. It’s fun to be a watcher!

By the way, here’s the Microsoft Store at the Westfield Mall in downtown San Francisco yesterday during the Windows 10 global launch. Apparently we beat the rush. 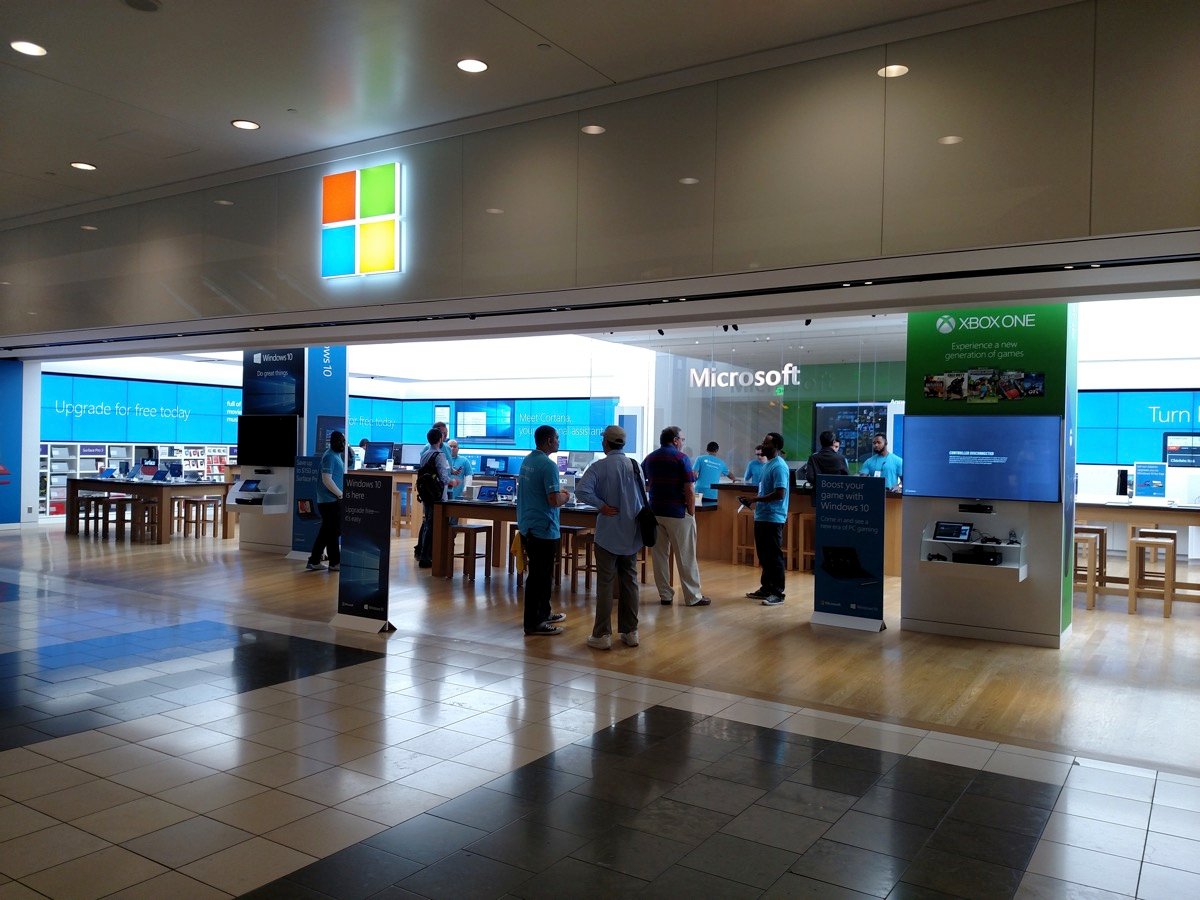 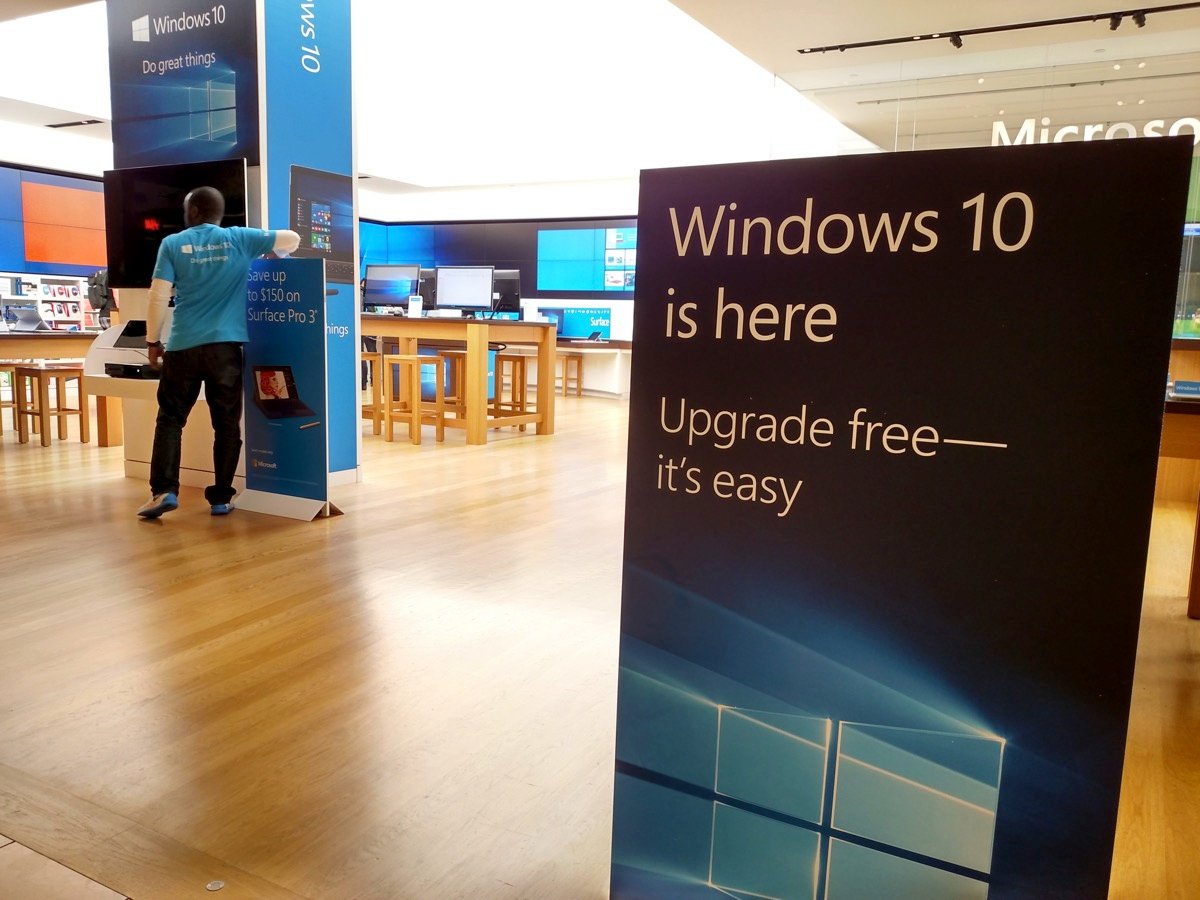 I've read this news on another site as well and it has all the markings of the bane of a normal company; the activist stockholder. What Elliot will do is simply strip Citrix off it's assets to push the stock and leave a broken company behind.

It's too bad that most companies, not just in IT, have fallen prey to the ridiculous notion of stockholder value over anything. There's nothing wrong with a stable company that does it's thing well long-term and posts modest figures.

Hopefully Citrix will not succumb to the typical short term stock pumping actions we've seen at lots of other companies.

I'm glad Mark T retired, i think it was long over due.  Citrix lost their way a long time ago.  VMW is eatiing their lunch for no apparent reason when they have the better prodcut (Full disclosure, I run XD/XA v7).  VMW is grabbing market share and canalizing partners.  Can you imagine the look on the faces of company's who built vcloud director only to find out a few years later vcloud air hit the road and would suck away all your customers?  I wonder what the folks at EMC said when they announced vSAN.  I never understood Citrix getting into Xenserver, it never made sense for me and what about xenclient?  who actually bought that??  Hopefully Elliott doesn't pull a Gordon Gecko on Citrix and sell off the IP to others.  However, anyone who thinks Netscaler doesn't belong with XA and XD can't be trusted IMO.

This whole situation, which may in fact be best for shareholders in the short term, kind of bums me out. I feel like enterprise software CEOs are frequently penalized for making bold moves versus going the safe route. Not every acquisition will be a winner, but it's much better than standing still and milking existing businesses. That's a recipe for getting killed by whatever the next big thing is. It's the classic "Innovators Dilemmaâ scenario.

I also think having hands in new and interesting thingsâeven if itâs not yet clear that they will be a commercial successâis critical for for attracting and retaining top talent.

Plenty of Windows 10 excitement at our office and I signed up the home computer for the free upgrade.  I think early adopter demand is with in place upgrades and the new devices that really take advantage will be the next wave.

What I like about all the Citrix/Elliott talk is that nobody has ever doubted the importance of XenMobile. A few years ago this might have been the case, but today? Most everybody gets that EMM is a key part.

EDIT: I saw in your last article about Elliot that when you mentioned XenMobile, you said that the "jury was out" on it it, but that's actually the only place I've seen that with regards to the Elliott plan. Elliot's original letter doesn't mention XM at all.

(Actually that could be a good thing OR a bad thing, but I say the fact they didn't specifically call out XM as an issue means that it's a good thing, and that it's a core business that makes sense for them to be in.) XM competing against competitors could be another issue, but again, the overall mood seems to be that it's a core part of Citrix now, and definitely not a distraction.

The biggest thing people are worried about is that Elliott will cause Citrix to hack off all the IP in order to boost the company's value in the short term while completely ignoring the core stuff. If Citrix can sell of certain areas while re-focusing on the core (XM included), then I think it's not all bad.

The problem is that history indicates this approach doesn't typically end well for the company even though the shareholders make out just fine, though there are probably examples of corporate and shareholder success, too.

So far, what I see isn't all that disagreeable. It's easy to get caught up in what might happen, but we have a year to see how things shape up before these "major changes" happen. In the meantime, we can speculate on the next CEO...

By the way, here's a bio on the person that Elliot placed on Citrix's board (written before they got involved with Citrix): www.forbes.com/.../the-33-year-old-hedge-fund-investor-shaking-up-silicon-valley

I just hope against hope that Elliot dont take action against their statement that 'NetScaler' is not core and spin it off to maximise their greed. NetScaler is so embedded in the end to end Citrix solution now, and ever increasingly so, that it would be a travesty to add the complexity of working with a separate company to retain NetScalers key features (and significant differentiation over VMWare).

My gut tells me that Elliot will cannibalise Citrix and prepare them for acquisition.

I was a Citrite for nearly 12 years  (until recently), and I really don't want to see these Elliot monkeys spoil what was a great place to work, and great technology to work with.

As I wrote in a comment on the original post about Citrix and Elliott, Citrix's main problem is that its core products don't represent future growth potential for the company at large. XenApp is a great product, but its glory days are behind it, and unfortunately for XenDesktop, no matter how good it becomes, VDI will never be a $63B market (or a tenth of that). I also don't expect Citrix to lead a DaaS explosion. And add to that pressure from VMware: winning away some deals and preventing Citrix from raising prices.

With or without Elliot, the question remains: what is the future for Citrix? As stated above, selling of pieces and raising the stock price will make shareholders happy but may be bad news for the company in the long run. Investing more in XenApp, XenDesktop and DaaS, and apparently retaining NetScaler, will make the people here happy, but is nowhere near enough to insure a future for the company.

I think the key point is whether Citrix can find a great new CEO that will be able to invigorate it and lead it like Mark T did a decade ago.

The real news here is that all those people in the WIndows store that Brian missed, must have been at their IT departments waiting to have EMM manage their devices... Shhh don't tell Jack, mobile kids know nothing about Windows management, you are all slaves of a few APIs Microsoft gave you to control settings. Microsoft now controls you!

Regarding Citrix. Biggest problem I have right now is how long will all this take? Until then it's hard to bet on any strategy they announce and that's not something I can afford to do right now. So it's wait and see as Gabe said.

I joined Citrix in 2006 when it was a billion dollar company. Most of the revenue  came from XenApp - $800m. But the XenApp business was in slow decline.

Today it's a $3+B company. There are four nearly billion dollar products in the company - XenApp, XenDesktop, Netscaler, and GoTo*. All of this is in large measure due to Mark. The stories of ShareFile and XenMobile are still ongoing.

Did he swing and miss with XenServer? Or cloud.com? or ByteMobile? Sure. But his hit rate was very high. And most of the newer experiments Octoblu, etc. have very little meaningful impact on expenses.

It's interesting that when the whole world is betting on SaaS, the Elliott team wants to spin off that business. Versus creating an enterprise sales team to sell GoToMeeting into large enterprise. Citrix tried doing this in the early days of GoTo, but the enterprise wasn't ready for SaaS back then.

I am sad to see Mark leave. I learnt a lot from him.