Unfortunately, though, there are limitations that pull this newfound awesomeness away from us in desktop virtualization community. Check out the EULA as posted on MacRumors:

(iii) to install, use and run up to two (2) additional copies or instances of the Apple Software within virtual operating system environments on each Mac Computer you own or control that is already running the Apple Software.

This paragraph is laced with disappointments. To start, you can only run two additional copies, which is fine for client-side virtualization, but not for VDI. Imagine virtualizing Mac OS on your servers by the dozen, then deploying OS X to the users that need it. It's not a revolutionary thing, but it is an additional use case for VDI. I guess we'll have to hold our collective breath for "Snow Lion" or something.

Next, it limits those two additional copies to "Mac Computers," which pretty much seals the VDI door shut. Still, though, the client-side virtualization door is cracked. I can still see situations where this can be useful. Maybe we'll finally see XenClient for the Mac, or some other product that…

You know what that means? To me, it says that you have to run OS X Lion as the host. Then, and only then, can you use Fusion or Parallels to virtualize the other two instances. That also rules out running Lion on any client hypervisor (XenClient, MokaFive Bare Metal, Virtual Computer NxTop, etc…) because the guest VM's would not be running on "Apple Software."

So way to go, Apple. It's like you had three tools, and you had to use them all: 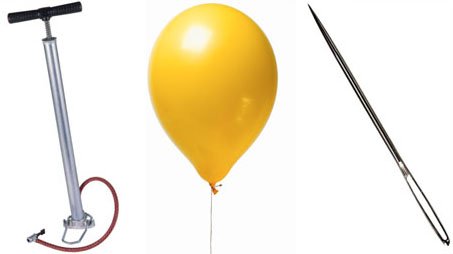 Nobody really expects Apple to jump into the corporate space and embrace virtualization the way we want them to (it would just be nice). They seem to be content adding a few things with each release that keep the Mac usable in corporate environments, but not so usable that the Mac becomes "corporatized" and uncool. It is the opposite of "motel art," perhaps to a fault. Still, it doesn't appear to be hurting Apple any as I write this from my MacBook Pro, read it on my iPad, and check my email on my iPhone. Man, I must be so cool!

Does your organization have any use cases that go beyond "blogger wants to run one Windows app without needing Fusion?"

in my conversations with large companies, security continues to be an incredible concern; One which continues driving to the adoption of the Hosted Desktop Infrastructure.

As MacOS continues to become a hacker's target (probably due to growth and usgae of the Apple platforms), companies want to provide their employees with devices to increase productivity.

BUT 'BYOPC' is failing since the devices cannot be locked down unless NAC or Sandboxing is in place.

Now that Apple has removed the virtualization restriction, users can work remotely while accessing their familiar environment.

The irony is that Apple has forgotten to address corporate volume licenses. That seems Silly.

This is a real bummer.

I've been looking for support for XenClient on a Mac since 2009 and this seems like another holdup.

I had hoped this was the final issue, but the language at the end of the statement seems clear you need a Mac OSX host in order to virtualize.

I understand why they're not allowing a type 1 hypervisor.  Apple has always wanted to make sure they have 100% control over the hardware in their machines and using paravirtualization requires going through a 3rd party to have access to the hardware.  If I was in their shoes, I wouldn't want to have to do this either and have to provide support for that.  Still, I think it's a bit of a slap in the face to a company like Citrix who has probably help enable Apple to sell a f*** load of iPads.

Again, not sure what people dont understand about Apple. Apple wants apple computers ONLY to run OSX - end of story.

Apple also was VERY scared of IOS being virtualized and is one of the main reasons that wanted to create their own CPU chip. Its not really cost effective otherwise.

They know that they violate the copyright misuse doctrine as well. They simply out spent Psystar and had an ignorant judge. They actually have admitted to have sabbotage code that prohibits installs if no specific EFI chipset found. Its a matter of time before a judge makes them adhere to laws that every other company and industry adheres too.

For the past, present, and foreseeable future - Apple will only be a nice, flowery, but expensive, thin client.

Obviously VMware thinks so, otherwise why will the upcoming version of their platform have OSX virtualization?

This is really a shame as I was hoping to use OSX along side windows on my new macbook pro.

Use case:  I use the macbook for development purposes though at times need windows for managing and administrating windows domains.  Right now I'm carrying two laptops - not as planned.