I spoke to someone at VMworld after hearing about VMware Horizon Flex that was dubious, saying something like “They already tried this with ACE, what makes you think it’s going to work this time?” My hasty response was something like, “It’s 2015 now. It’s a whole new world, so let’s see what happens,” and now that we’re a few months removed I wanted to revisit it.

VMware Horizon Flex, their managed Type-2 client hypervisor, does look an awful lot like ACE (which stood for Assured Computing Environment), but since ACE is now the acronym for Application Configuration for the Enterprise, a new name was required (I'm sure there were other reasons...right?). It seems recent, but the original VMware ACE was discontinued at the end of 2011! Nevertheless, the features are the same: centralized client virtual machine provisioning, management, and policies.

There are some differences, like changes to the UI from four years ago, and the fact that Flex uses the “Pro” versions of both VMware Player and VMware Fusion with enterprise functionality that didn't exist before. They add up to a more manageable, more useable product, but nothing seems like that big of a departure from the first go-round. So if it didn’t work out before, why bring back what amounts to a more modernized version? After all, this is what VMware had to say when they discontinued it the first time:

"While a small number of customers found value using VMware ACE, the product did not meet the needs of a broader market. The customer demand for ACE no longer justifies VMware’s continued investment in product development, testing and technical support." 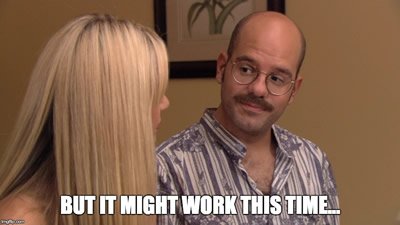 There’s one reason, and one reason alone, that this will work: the hardware is so much better than it was in 2011. All the Type-2 client hypervisors back then were ahead of their time, and though they did great things, they had so few resources to work with that the ultimate end user experience was “just ok” when compared to a native experience. “Just ok” is not the recipe for longevity, so companies focused on Type-1 client hypervisors and their better experience while sacrificing flexibility of deployment options.

Today we have no such problem. Hardware is cheap and plentiful, and we can both run and centrally manage multiple virtual machines on client devices without first wiping the client device (as we had to do with the Type-1 hypervisors). The hardware is also more capable, with more low-level functionality that supports virtualization and allows direct access to hardware. The Type-2 client hypervisors take advantage of this, so they should get some of the credit, but really it all comes down to hardware.

This rekindled attention towards Type-2 client hypervisors is something we’re seeing around the industry. Citrix recently killed off XenClient, and though they haven’t said so yet, I expect they’ll release a Linux version of their Type-2 DesktopPlayer line to go along with the Mac and Windows versions available today. The Linux version isn’t required for home users or contractors, but it is required as a XenClient replacement, and to compete with VMware Workstation Player Pro for Linux.

While it may not have worked before, the future looks good for Type-2 client hypervisors today. The use cases that they enable IT departments to manage, like home users, contractors, traveling users, containerized OSes and applications, have always been appealing, but the overall experience was never great. Today it can be, and that’s exciting.

Really? Which user likes using Type 2 Hypervisors? This is a backward looking approach and addresses a need for a small subset of users. It's 10X worse than Moka 5 and is largely a waste of time. Type 2 makes sense for developers and IT folks. The rest is crap user experience. Design for the future not the past.

Gag!!!!  The primary uses of VMs on local desktops are for users that demand personal control.  Windows desktop Hyper-V on win 8-10 or VMware Player (etc) handle this better.  Citrixsummit learned this also, with a better product than this.