Of course the ones who are doing it aren't even sure if they're doing it right. It seems awkward to them. All they can say is, "well, this is supposed to be really great, so I guess we'll keep doing it. Maybe it will get better?"

Those who aren't doing it have been getting ready to do it for a long time. And they're so excited that frankly if an opportunity comes along to do it--even if it's not the "right" or "perfect" opportunity--they're probably going to just do it do get it over with. I mean the first one is just throwaway practice anyway, right? The next one will be perfect!

But what did we know. We were just getting started. It was all new and exciting. 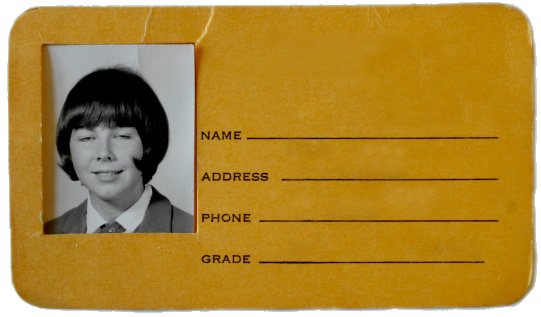 Fig. 1. Definitely not doing it right

*As a footnote, I've been telling this story as part of my shows for years, but I don't think that I actually made it up. I thought I heard it or read it somewhere, but I've tried to find the original source and I can't. So maybe I did make this up? But if stole this from you, please let me know and I'm happy to share credit and to buy you a beer.

When we find out who originally said, I will buy them a beer to!

So accurate, it's scary!  And years from now everyone will wish they could go back in time with the knowledge they have now and do it again the right way!

Interesting... but we should note:

No one (or very few out side of those that become Clergy) stopped having sex after high school or stopped trying to at least.

Eventually they love it and (if you are a man) spend most of the time trying to get more...

So if you get married does that mean you don't get as much VDI as you really want?

Marriage is the classic '1 to 1' VDI model, not what most of us really want, but it gives you a nice warm feeling that you have something familiar and dependable, albeit less exciting, to look forward to every day.

Obviously, we all dream about the 'pooled model' where you can do whatever you like knowing that everything will be forgotten the next day. No nasty virus's, no nasty memories of where you installed stuff and wished you hadn't.

Then there are the 'layer cake' proponents, who take the pooled model a step further and isolate their activities into distinct layers, each of which knows nothing about the other. complex to manage but highly rewarding if each layer can be manipulated successfully.

Of course, each of these has it's own TCO, the first can be very expensive if not well managed but if you get it wrong the 'layer cake' model might bite you hard and leave you with a devastating cost model....make sure you sign a 'pre-nup' with your suppliers.

Now I am beginning to understand where VMware's CVP went to... Brian...

Isn't the message taught to kids in high school that it's better to wait until you're mature enough to handle the potential consequences?

Then again, I am pretty sure that most of us would agree that there was definitely some ROI (unlike with many VDI models).....

Does this mean that XenApp is promiscuous?

I've heard Eric Cole use this same reference in his SANS security talks.  Perhaps that is where you heard it?

XenApp is obviously the swinging club, you get to take your favorite app along, install it for yourself and if you're confident enough, let lots of people have a go.

Limiting the number of people having a go is essential in order to ensure that everyone gets a fair go, otherwise the go you get won't be worth having at all.

Obviously, inviting the right type of apps along is key, otherwise compatibility issues might mean that you see something you want a really good go with, but you just don't get functionality you were expecting. We usually silo those apps off into different rooms where specific functionality, which other apps don't like, can be exercised without upsetting the main apps.

Some apps can do things that you wouldn't believe, these are usually banned from participating.