Last week, Wyse announced their PocketCloud iPhone application to much fanfare around the web and on Twitter. PocketCloud is an RDP 6 client for iPhone/iPod Touch with one very important feature - VMware View 3.1 support. The app, which is simply called Wyse when it's installed (weird…why not PocketCloud?), is even built on the VMware View Open Client.

Until this release, my favorite client was iRdesktop, which is a capable and free RDP client that has done everything I need. The problem with it, as well as all the others, is that the mouse is cumbersome to use. Common iPhone gestures (pinch to zoom, for instance) make it a bit easier to navigate, but that alone makes it only barely useable. Wyse took this problem head-on and developed a new interface for the mouse pointer that allows users to relax a little bit and not get frustrated trying to tap the exact 5 pixels needed to launch something. 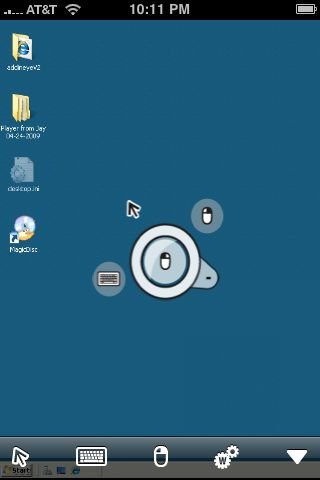 When I first saw it, I thought it was no big deal, but using it delivered one of those "Wow…I didn't know I was missing this feature until I had it" moments. You simply move the large cursor around until you get to the area you want, then select what you want to do from the floating icons around the large cursor. Gestures still work, as does the "exact tapping" method, should you choose to keep it.

The RDP client portion is as you would expect, simple and clean, and works quite well to get you connected quickly. 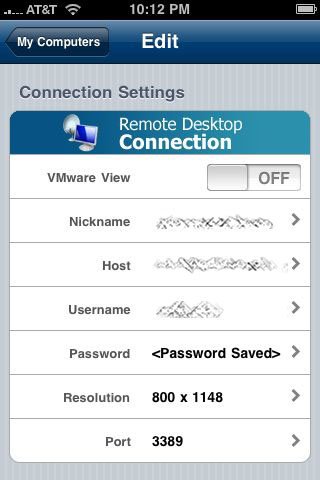 The VMware View portion is also easy to use, but one huge feature that's missing is TCX rich multimedia support. Since TCX is built in to View, it's a little confounding as to why it's not there, but there have been some hints of TCX support in the future. 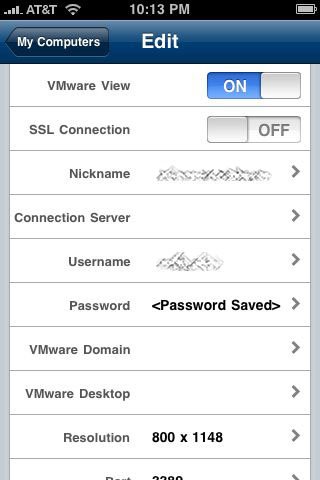 A few other points that should be brought up: 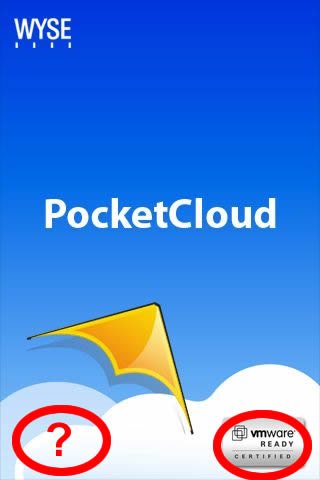 If you'll be at VMworld, swing by Wyse's booth and check it out. Hopefully we'll be able to get a video demo of it, and maybe compare it to iRdesktop in case you're curious.

I have to think that Citrix are having a good laugh over this one.

In the iPhone economy where we expect good apps to be free and really good ones to cost $1.99, charging $30 for an app that Citrix gives away free of charge shows that Wyse just don't get this market.  A great shame considering just how good a job the developers have done with the interface.

YAWN, $30 to connect to a desktop!!!!!!! Free and I'll think about it. It's the apps stupid not the desktop that people want to connect to.

I'd agree - Â£12 for an app is just nuts - even more nuts if you consider that the iphone hasn't really taken off as a business device so its market is going to be more personal and as appdetective says - I don't want to connect to my see my desktop picture, I want to connect to my corporate  app