You might remember Powwow from an article that Brian wrote back in May as they emerged from stealth mode. They re-factor Windows and web applications for use on iOS devices without any modifications to the application source code. Thus far, the solution has been limited to iPads, but on Monday they will announce the upcoming addition of an iPhone client.

The challenge of creating a solution for iPhones is one of screen size. For iPads, the work was half done since the screen size is large enough to support what could be rather large areas of Windows applications while also giving a large enough area for gestures and UI transformations (like button sizes). As cool as the technology is, though, using it on an iPhone still didn’t provide a great experience. This new client addresses that.

To address the problem, Powwow is using their existing capability of breaking an application into “screens.” Think of a screen like Spaces on a Mac or Virtual Desktops on Linux, except that instead of placing specific applications on a screen, you’re putting specific parts of an application UI that belong together on each screen. 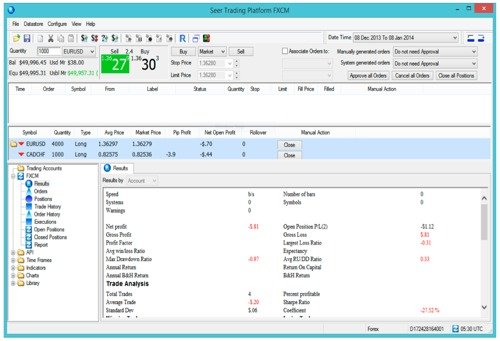 Trying to use that on an iPad would be difficult to say the least, so Powwow lets you break out each individual control and place them on different screens. 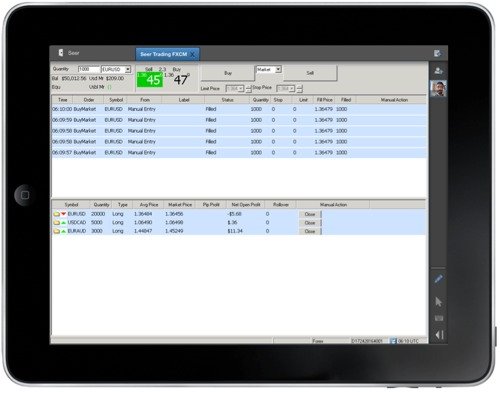 On the iPad, you might have the top two sections tracking and purchasing stocks placed on one screen, while you’d put the reporting features (the bottom part of the full app) on another screen. Also notice how the “Buy” and “Sell” buttons are enlarged for fingertips.

Still, there are too many things to make this usable on an iPhone, and since Powwow was focused on the iPad, they didn’t release an iPhone app. Using the screens feature, they can now carve up an application to make it much easier to use on iPhones. As you can see from the image below, each segment of the app has been placed on its own screen to make it easier to navigate and use. 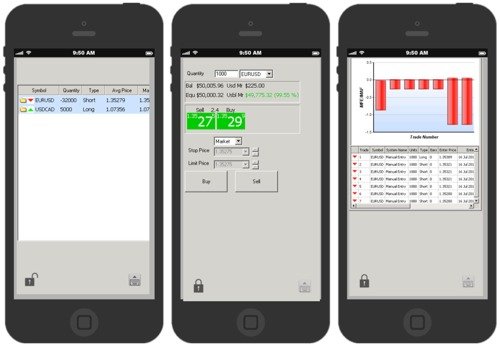 It’s exciting to see real innovation in the mobility space while still focusing on Windows apps. Powwow uses apps running on RDSH servers, converts the RDP to HTML5, and delivers the app with device-specific transformations to the clients. No matter what devices a user connects from, they’ll always get the optimal UI for each application.

I’m excited by this kind of technology because while we’d love to move all of our applications off of Windows to something on the web, in the cloud, or to native applications, the state of the industry today makes that nearly impossible to do unless you have very few applications. We’ve wanted a technology like this for some time, and while there have been some advances made with regards to context-aware keyboards and gesture mapping, the more comprehensive app refactoring solutions have required some sort of modification to the apps code. For homegrown applications, solutions like the Citrix Mobility SDK make sense, but there wasn’t anything that could deal with all those other off the shelf or long-forgotten home grown apps (let’s call them “lost-source”).

Frankly, I think it’s just a matter of time before VMware or Citrix snatches up Powwow (and/or their competitor, Capriza). In the meantime, Powwow offers free trials and 5-seat license packs to anyone interested, so try it out for yourself. If you’re at BriForum next week, they’ll be there exhibiting, even doing a live app transformation on stage.

Solutions like this can only help move Windows to a middleware platform as Brian has suggested in the past.  I hope they'll be at VMworld, I want to get more information...

So, if this is converting RDP to HTML5, why is it for iOS only?  Shouldn't something like this work on any device with an HTML5 browser?

Good question on the HTML5. Powwow's solution does work in any HTML5 compliant browser, however in the browser there is limited support for app transformations. You're essentially viewing a standard remote application (there are a few added benefits, like some gesture support)

To get the effect shown in the screenshots, you need to have a native client.

Great article Gabe and good question Rick. Minor correction: PowWow's HTML5 version allows for transformation of the UI and keyboard but for gesture mapping you do need a native app..

One more thing: PowWow can also transform Web Apps, including ones that require older browser versions like  IE 6, or 7

Whoops! Thanks for the correction!

Great article. I understand this is a completely different approach from VDI, but don't understand why it is significantly better. From what I can see, companies like Sphere3D can already do all this. What am I missing? Thanks!