One my takeaways from Citrix Synergy was that that Octoblu has weathered the “is it core?” storm, and is now considered a part Citrix’s vision moving forward. What originally was shown to the public as little more than “geek pron,” automatically doing something based on specific activities (e.g. lighting Chris Fleck’s Tesla or playing Eye the Tiger with a flick the wrist or a tweet), now appears to have found a place in Citrix’s overall vision.

Right after the acquisition, it was speculated that it was an “acqui-hire” so that Citrix could gain the services Geir Ramleth, who was a co-founder and Citrix proponent back in his days at Bechtel. Geir stuck around at Citrix for a year or so as their Chief Strategy Office and GM of Workspace Services, but has since departed. Octoblu’s other co-founder Chris Matthieu has stuck around as the Director of IoT Engineering at Citrix, and has been presumably been tasked with making IoT a viable enterprise technology.

The best examples about how Octoblu could integrate right after the acquisition centered around integration with GoToMeeting, lighting up conference rooms when people attended and sending out transcriptions when the meeting was over. It was hardly something to get excited about, and certainly not the kind of thing that enterprises would seek out. Since then, though, use cases have presented themselves in health care, optimizing data entry for healthcare workers that use many devices to enter data into different systems.

Still, the potential use cases for IoT appear the be limited to certain verticals, and we’ve yet to see anything that would indicated widespread horizontal adoption. In many ways, IoT seems like a solution looking for a problem. It’s awesome, and I think it will be beneficial to the world from a high level, but helping IT departments in large enterprises seems like a stretch here and now.

Shawn Bass is giving a session at BriForum Boston 2016 called “IoT: Can we move past the Internet of Toys to the Internet of Things, please?” Personally, this may be the session I’m most looking forward to, because while he shares the same frustration as I do, Shawn is also going to talk about where it does fit in and why he believes it’s one of the most important trends in IT in the last 50 years.

So it could be that Citrix has done the absolute right thing by keeping Octoblu around and banking a part of the future plans on what IoT can mean to them. The Octoblu team is very passionate about what they do, and I hope that continues when the objects they’re working with change from the latest wearable widgets and embedded technology with ‘das blinkenlights’ to comparably boring corporate widgets that might prove enormously useful despite a boring exterior.

Consider Octoblu as a flexible connector to third party Things and Services. The healthcare vitals data collection is one example of that.
[-]

tjkreidl - 27 Jun 2016 12:03 PM
One hurdle with IoT integration is the speed at which various appliances are willing to integrate with the technology. Some are faster than others and establishing standards and common libraries is a good start (see, for example, the Docker Store for Docker containers: https://blog.docker.com/2016/06/docker-store/). As with many technologies, providing the infrastructure is a key factor to adoption. Once users start exploring and discovering how useful these tools are, that is when the real value will emerge. It took decades before people trusted automatic elevators, so now with self-driving cars and other such visions, patience and confidence are requirements.
[-] 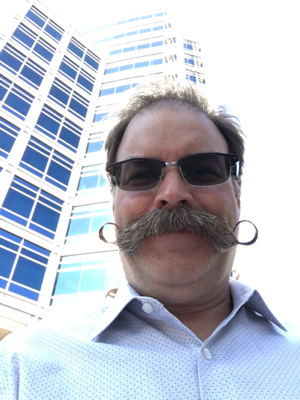 Octoblu seamlessly connects and automates Citrix products and services with each other as well as with many other third-party REST APIs, smart devices, and wearables.

I like to describe the Octoblu platform as IFTTT meets IBM BlueMix. It's approximately 80% open source and offers an open plug-in architecture for adding other APIs, smart devices, and wearables to the platform for automations. That being said, you're only limited by your imagination on what you can do with this secure M2M messaging platform, designer, and computing engine!

ThinLinX2 - 27 Jun 2016 7:08 PM
ThinLinX has integrated Gateblu into our RPi2 & 3 version of TLXOS, and will also be in our upcoming Rockchip RK3288 release. We will also be releasing a cut down IoT only version of TLXOS for ARMv6 which will run on any RPi including the ZERO

We have already integrated Gateblu into our new Intel Small Form Factor version of TLXOS which supports all the Intel NUC's new Intel Compute Sticks and basically anything with an Intel Chipset.

Our new generic X86 RePC for PC's and Laptop also has Gateblu integrated. We are adding an option to the ThinLinX Management Software (TMS) to switch Gateblu on or off, also add Plugins etc
[-]

batulack - 2 Aug 2016 11:53 AM
The rationale for Citrix to continue to have octoblu around is non existent - specifically when you consider that software companies like logmein has made more advances in this space. They should either shutter / sell it off to logmein or ilk and do something else which bolsters their XenApp/ EMM / Networking business. Trying to "participate" in IoT because it is the next thing would be like Citrix doing another acquisition just like cloud.com back in the day.