It's no secret that I love what Nvidia is doing in the VDI space. We first wrote about them in 2011 when they outlined their vision of how GPUs could be used for remoting protocol encoding that could deliver graphics on par with local computing. Then in 2012 Nvidia announced their "VGX" platform with plug-in GPU cards for servers and extensions to hypervisors to allow desktop virtualization vendors like VMware, Citrix, and Microsoft to leverage to deliver apps that require GPUs and to leverage GPUs to help with the remoting protocol encoding.

At this week's GPU Technology Conference (a conference organized by Nvidia that's like their version of VMworld or Synergy), Nvidia revealed some aspects of this program and made a few announcements that I want to discuss here.

The overall name for Nvidia's cloud-based GPU stuff is "GRID," which includes cloud-based gaming platforms and all sorts of other things beyond desktop virtualization. There's a sub-brand called "VGX" which is the technology that specifically applies to our world of VDI and remote graphics delivery.

As you might recall from last year, the way you get this GRID VGX stuff in your VDI environment is (1) you buy a VGX plug-in card for your server that has a bunch of GPU cores on it, and (2) you use a VDI product that supports VGX. This is what's basically new now.

When it comes to the plug-in cards, gone are the days when we had to buy consumer gaming class graphics cards at Best Buy to support single users on XenApp. Instead we can buy the a GRID plug in card from Nvidia. They have two models which are both available now:

You can buy these cards on their own (I could only find them via IBM today), or you can now spec them to be preinstalled in servers you buy from Dell, HP, or IBM. 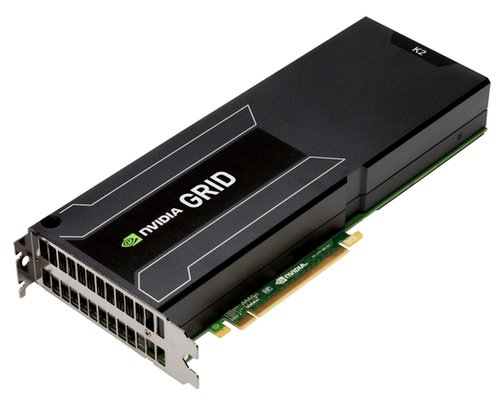 Once you have one of these cards, you need a hypervisor and desktop virtualization software that can support it. Fortunately that seems to be pretty much everything now, including Citrix XenDesktop 5.6 FP1 running on XenServer 6, VMware Horizon View 5.2 running on ESX 5.1, and Microsoft RemoteFX running on Server 2012.

One of the questions I didn't ask is whether you can mix & match. For example, can XenDesktop 5.6 FP1 running on ESX 5.1 make use of a VGX card? I'll try to get an answer and post an update here.

Early reviews and feedback have been very positive. Remember from our previous articles that these VGX cards are not just about 3D graphics, rather they're offloading the remote protocol encoding from the VDI host's CPU. That means (1) you can fit more users per server since you don't have to "waste" so much CPU power on encoding, and/or (2) you can deliver a better user experience because you can afford the extra GPU processing to make the encoding that much better.

The second big thing from Nvidia is that they're also entering the server market in May with their own GPU-laden server series called "Nvidia GRID VCA," for "Visual Computing Appliance." There are two models, both 4U—a $24k option with 8 GPUs & 192GB of RAM and a $40k option with 16 GPUs, and 384GB of RAM.

The idea with these servers is that they're sort of datacenter appliances made to run applications that need GPUs. The applications run on these VCA boxes with the user interfaces remoted down to users' workstations. Really it's almost exactly like XenApp or RDS except Nvidia wrote everything (including the protocol which is based on H.264) themselves.

The VCA appliances are designed for very specialized graphics applications, like CAD and design stuff, with the systems only supporting a single user per GPU. So the idea is that you might have 50 employees and whenever someone needs to use one of these powerful apps they click a button and that single app is remoted to them from the VCA. (In the examples Nvidia showed everyone that this could also be remoted to an iPad to allow users to have the full power of a high-end workstation GPU-power app on their tablet.)

At this point you might be thinking, "So what? You just described WinFrame which has been around since 1995." That's true. But this is interesting because it's specifically designed for graphics-intense applications and there's no XenDesktop, Horizon View, or RemoteFX involved. This appliance is idiot-proof. Just drop it in, load your apps, and off you go.

I got the feeling in talking to the folks at Nvidia that they didn't initially want to build this VCA thing, but they also couldn't convince existing vendors to build it since it's so niche. (And 16 GPUs in 4Us is pretty nuts.) Hopefully after a few years you'll be able to buy GPU-dense servers from regular server makers and they'll all integrate nicely with regular VDI products. (Actually I guess you could do that today.. nothing stopping you from putting many VGX cards in a box.) 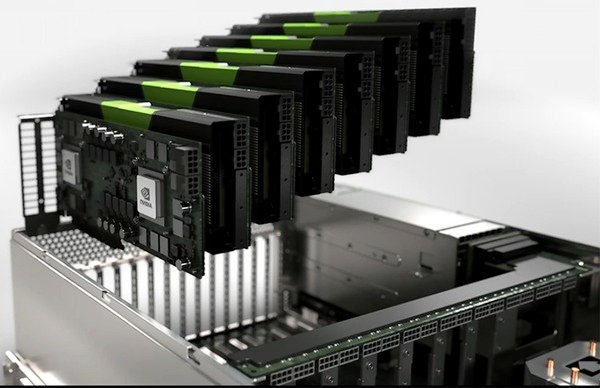 What's awesome about the VCA appliances is they fit perfectly into the vision that we outlined in The VDI Delusion where we want to view Windows as a middleware platform, rather than a desktop. (See this article explaining that in detail.) So you only use Windows where you have to, and you probably end up doing it from the datacenter because that's where the best experience comes from. That's VCA. So even though these devices aren't going to replace Dell, Cisco, and HP VDI servers, they have the right idea. (Man, combine that with a software-based single instance block level storage product and you've got something hot!)

No, you cannot mix and match. XenDesktop GRID support is only on XenServer, at least for now.

When running on VMware View on ESX, the PCoIP protocol is not offloaded by the GPU. This is for two reasons. First, the GPU offload actually uses a different NVIDIA protocol based on H.264 so even in a Citrix or Microsoft environment it is not really ICA/HDX or RemoteFX, but a subset of those protocols. Thus, the bandwidth required is much higher and/or image quality is lower than if the protocol is processed on the CPU. Also, the client must be capable of high performance H.264 decode to give a good experience.

Secondly, for the PCoIP protocol, the APEX offload card is much more efficient at offloading the protocol than a GPU would be. Thus, when you combine GPUs with an APEX you can support even more users on the GPU and free up the CPU for the application. If you have a server that can support a GRID card, finding a x4 PCIe slot for the APEX is easy and gives you the best of both worlds.

Seeking clarity / link to more info on this:

" This appliance is idiot-proof. Just drop it in, load your apps, and off you go."

What they call on their website a virtual 'workspace' - Is it multi-session SBC, HVD or physical 1:1? - You also mentioned app-remoting, so it's doing seamless window management too?

Randy, "the client must be capable of high performance H.264" does this means the PCOIP zero client won't work? Are you implying MMR?

Also, you said it uses more bandwidth? I am using VMware View and the only reason I am interested in the product is I want to fix 5% of my users who use high quality video and Google earth.  I know this VGX would fix it but if it at the cost of bandwidth and depending on your answer the Zero client can't take advantage of it then that is huge.  Let us make sure that is highlighted and in bold letters, not just in the fine print.

Gloablnetech - 13 Jan 2018 12:42 AM
Great article. We get the wonderful information on Nvidia GRID VCA," for "Visual Computing Appliance." Thanks for sharing.