After plenty of rumors and speculation, Microsoft has finally released Office for iOS devices.

That's the good news, I suppose, because here's the giant caveat (which is unsurprising to anyone that read my report on this back in November of 2012) Office on iOS is not available for the iPad (or Android) right now, and it requires an Office 365 subscription before users can even view or edit Powerpoint, Excel, and Word files stored in Microsoft cloud services or attached to emails. 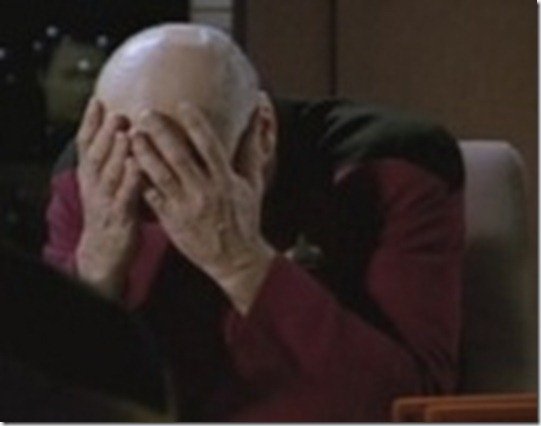 Offline editing for the just released apps is possible, but only for recently viewed or edited files that have been cached on the device. Another nifty feature is the ability to see any files recently accessed at home if the user's computer has Office 2013 installed. You'll need an iPhone or iPod Touch running iOS 6.1 and the app is limited to the US at the moment.

Look, I get that Microsoft probably has its knickers in a twist about selling the Office Suite (or its component pieces) through the App Store and forking over 30% of sales to its rival, but who the hell is going to use this when the horse has left the barn and there are literally a dozen viable alternatives out there? It's easy enough to use Docs2Go or QuickOffice or CloudOn or Google Docs or even Apple's Pages, et al. But to make it worse, users also have other options now from WatchDox, Citrix, Accellion, and Box that they can use to edit docs right from within their enterprise-friendly file sync service.

Plus it's not like anyone is really doing massive document creation and editing on an iPhone or iPod Touch, anyway. The decision to not release Office for the iPad in lieu of the browser-based Office365 is the equivalent of throwing a hungry dog a turd and pretending it's a piece of steak. Using Office 365 on an iPad is terrible considering it's not really optimized for a mobile browser.

“Microsoft, at large, doesn’t get mobile at all,” said Benjamin Robbins, a mobile consultant, back in that November report. “This is proof.”

I think that quote still stands.

I guess the value add here is foremost if you're an Office 365 subscriber already and use an iPhone. If that's the case, you now have a fairly seamless way to view/edit documents on your iPhone when you are away from a desk. But that's always been the problem with Microsoft's thinking when it comes to mobile. For them mobile seems like a value-add for existing customers, as opposed to a way to bring value and gain new customers (who may be using competing mobile platforms) through their software and services.

I'm sure there's a solid reason that Microsoft bungled something as simple as selling a piece of software on as many devices and platforms as possible. But I can't think of one. The worst part for the folks in Redmond is this: for the longest time they did an exceptional job convincing the world it needed Office to be productive. The worst part about bungling Office for iOS is they allowed technology users to realize the fallacy of that marketing pitch.

My best guess as to why this isn't on the iPad yet is because that runs counter to its current advertising campaign for Windows 8 tablets, which essentially boils down to: why buy Apple's tablet since it doesn't even run Office applications when you can buy our tablet that does!

Oh, that's right because you haven't made it available for the iPad yet. Anyway, before I fully have an aneurism before lunch, in all fairness an Office 365 subscription is a pretty decent deal for business users even when compared to something like iWork on iCloud or Google Docs because of all the other stuff you get with it (tons of SkyDrive storage, Skype/Lync minutes, etc.).

I agree 100% about the horse leaving the barn already. All Microsoft achieved by delaying Office on iOS was show the world that there are plenty of other ways to get Office on iOS.

And the fact that the Office for iOS apps don't integrate with any MAM or EMM solutions? Huge #fail for corporations.

So yeah, way to go Microsoft. Nice job not releasing Office for iPad to force users to buy a Windows tablet. How's that working out for you? Oh hey.. what's that? There are plenty of other Office like apps for iPad? Interesting.