The Flex Profile Kit from Jeroen van de Kamp and his team in Holland is famous among server-based computing administrators throughout the world. In a nutshell, it provides a logon and logoff script-based alternative to using roaming profiles in a Citrix or Terminal Server environment.

Version 5 of the kit is now available as an attachment to this article.

Jeroen just finished working on version 5 of the Flex Profile Kit. New features in version 5 include:

Here's a quick shot of the new GUI: 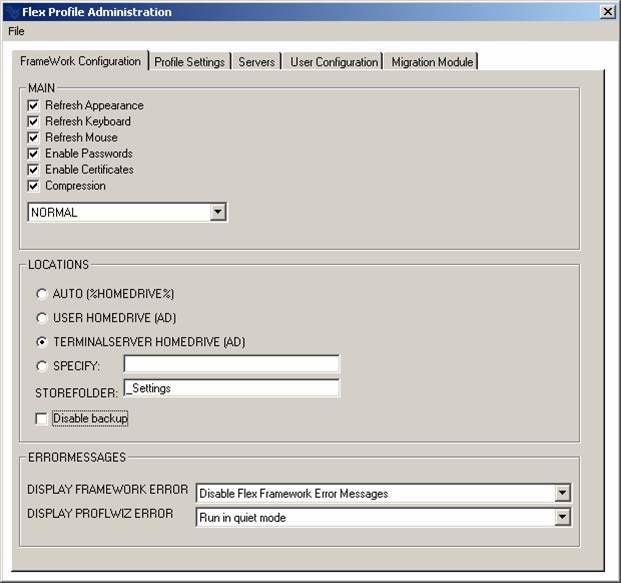 CCaronan - 23 Feb 2006 8:35 AM
I've downloaded the Flex Profile ver 5 and have gone over the install directions, followed the instructions to the letter and have this working well with my admin account.
Now with everything in place i've added a new user to this test enviroment and am unable to get the Flex_framework.vbs to run; it comes up with access denied. When i add the new account to the local admin group it works. In the documentation it does not specify any particular rights or permissions to be able to use this so i'm a little confused. Any ideas?

Jeff Pitsch - 24 Apr 2006 4:59 AM
You've locked something down, most likely through GPO.  Run filemon, regmon from http://www.sysinternals.com to find where the problem is.