This is the second webinar from Dr. Benny Tritsch, independent EUC consultant, and Kristin L. Griffin, RDS Gurus managing partner, and actually relates to their previous one. In their first webinar, Benny and Griffin showed off REX Analytics, which they created to “de-suckify” the remote end user experience by benchmarking existing remoting issues.

But you need to test a variety of workloads to determine where the bottleneck is—and that’s where AutoIT comes into play.

In the webinar, Benny shows off scripts designed to run different programs for the testing process. It will open Notepad for instance, type placeholder text (at varying speeds you can control) and then shut down. A similar process plays out with other programs like Internet Explorer, Windows Media Player, OpenGL Domino, and even LEGO Digital Designer. Only the LEGO app requires any input from the user (as well as actually having said app), the rest can run without outside involvement.

AutoIT is a freeware scripting program and if you reach out to Benny or Kristen at the email provided in the webinar (watch it if you want the address) where they’ll provide the scripts they developed.

Watch the GeekOut 365 video and have an excellent weekend! 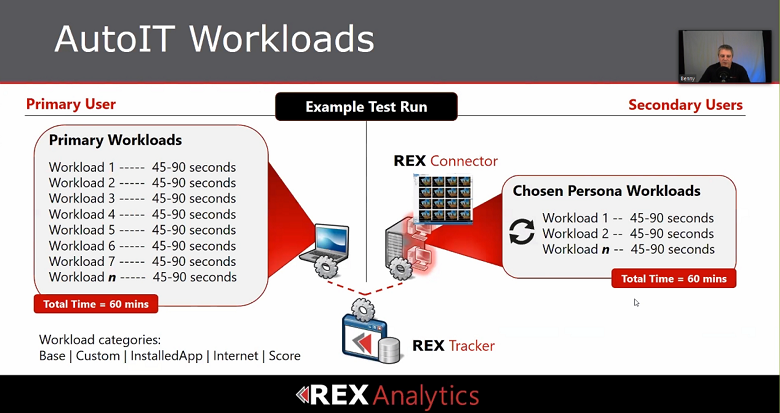