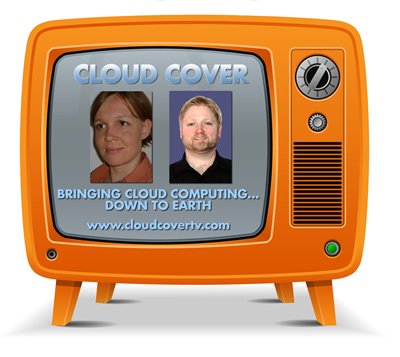 A few weeks ago I was Jo's guest, focusing on the concept of the desktop in the cloud. The show's geared towards people who are more familiar with cloud computing rather than desktop experts, although what I told them should sound very familiar to this audience.

I explained that just like how no one 100% knows what the "cloud" is exactly, the same is also true about the "desktop in the cloud." Some people today think a cloud desktop is simply running a desktop in some remote per-for datacenter (VDI as a service), but to me it's more than that.

To me the cloud affects the desktop on the application side of things. It's more like a traditional desktop that's enabled by cloud services like Google Apps, Salesforce, or DropBox. Jo and I then discussed how you choose what's on the desktop and what's in the cloud.

Jo wondered what's holding this back? When we have unlimited bandwidth and computing power in the cloud, will everything go there? (Sounds familiar!) We also discussed that in a scenario where you move everything into the cloud, what's left for the desktop?

We talked a bit about the value for today's Windows-based complete offerings like Desktone, etc.

Finally, Jo and I discussed what happens to the desktop admin in the new cloud order? Do they all become jobless? Should anyone even start a career in the world of desktop management today?

All-in-all it was a fun conversation and a great chance to share some thoughts with a new audience. Thanks Jo!

Watch Cloud Cover TV, episode 5: Desktops in the cloud? Not yet. With Jo Maitland & Brian Madden.