But if you step back and take a look at Citrix's products, you'll see that they all fall into the motel art* category, especially when the guest they're trying to not offend is visiting from Redmond. For example:

Citrix makes a client hypervisor. It's good, but not so good that too many people actually use it which would piss off Microsoft. (Appearance of innovation? Check! Not pissing off Microsoft? Check!)

Citrix claims to "embrace and extend" RemoteFX, but they only do so in the exact ways that make Microsoft happy. So Citrix only supports RemoteFX on XenDesktop (no XenApp), only to Windows 7 clients (no iPad/WinXP/Android/etc.), only connecting to Windows 7 SP1 hosts, and only on Hyper-V. (So check, check, check, and check for not rocking that Microsoft boat.)

Citrix has XenServer, but for both Geek Week and my VDI experiment, they wanted me to use Hyper-V. Also they share all their best features with Microsoft via Citrix Essentials for Hyper-V. I love how they don't even include the word "XenServer" in the "Essentials for Hyper-V" product. This comes after years of them trying to convince customers that it's not right to call it a "Citrix server," since Citrix does so many things. You have to call it a "Citrix XenApp Server." But when it comes to Microsoft, "Hey, don't rock that boat! Microsoft wants to call it 'Citrix Essentials?' Sure thing! Thank you sir, may we have another?"

Citrix maintains a XenApp streaming capability, but you have to dig to find it. And even on that page, they finish with, "Hey, in XenApp 6 you can publish App-V packages directly from XenApp."

While VMware is understands that the world is moving away from Windows by buying SpringSource, establishing Horizon at easy-to-reach price points, etc., Citrix is still firmly focused on a Windows-only (i.e. "Microsoft-only") world. Sure, Citrix has Receiver clients for Android, iOS, Mac, Chrome, etc., but those only exist to connect back to your Windows apps. So how does Citrix enable connections to non-Windows apps? Via Citrix OpenCloud Access, a $50,000 add-on to your NetScaler Platinum appliance. So with Citrix, the risk of a customer easily using their infrastructure to access non-MIcrosoft apps is not that easy. (XenApp for Mac or Linux anyone?)

Citrix Systems, Inc: Not rocking the boat since 1994. 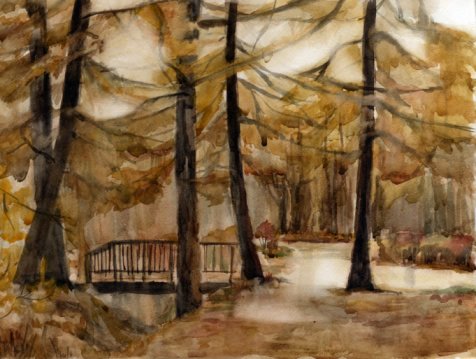 *Motel Art is an expression used in the US to describe something that's been designed to not be offensive and to not "rock the boat," in the process creating something that's bland and uninteresting. An example is the art hanging on the wall of a motel room.

Brian - you can see through the BS - c'mon man.  "Hey, in XenApp 6 you can publish App-V packages directly from XenApp."  Seriously?  Citrix is stealing business and relationships from MSFT - from the hypervisor layer to their own protocol...

I'm Tom Bodett from Motel 6 and we'll keep the light on for you.

You don't tell the guy with a loaded gun pressed hard to your forehead that he's the ugliest mofo you ever laid eyes on!!

Is 2bn in revenue enough to risk breaking the symbiotic ties?

We're unlikely to see any Picasso's hanging on the Motel wall any time soon, high art is uaually only appreciated years after the demise of it's creator.

I'll be honest... why should they?  You claim the world is moving away from Windows but that certainly isn't happening in the corporate world.  Any non-windows device that is brought into our environment immediately requires one thing.... access to their Windows VM to run their business apps.  It's silly to think they would be focused on anything BUT Windows.  Running my Win7 VM brokered through my Netscalers on my iPad is very cool, very usable, and very much what hundreds of our users are now doing from the Senior Management on down.

IBTL (In Before The Lock)

(And to answer his question from the QR-Code: No.)

Also, Simon was implying that I only write articles for the purpose of selling ads to make money. To be clear, that is 100% true. (Next rumor: Citrix only writes software so they can sell it to make money!)

Simon Crosby seems to have disabled comments on his blog entry?

While I agree with his comments regarding VMware (all points raised), I find it amusing that he accuses Brian of being out of touch and then writes his comments about XenClient!

"only enterprise-class type 1 client hypervisor" - Simon kidding right? The only thing XenClient has going for it is the ability to take advantage of a GPU - if your lucky enough to have a machine it works on. It's clearly has work to be done before you can stick enterprise tags and labels to it!

yeah but the software Citrix develops has to solve problems and have a purpose in order to be relevant and make money.

We all get that you are trying to keep your site as vendor neutral as possible.

I can see how Simon's reference as being the "only" client hypervisor that is enterprise class can be seen as exagerated, XenClient out of the very few of it's kind is primarily being selected as the number #1 client hypervisor to meet future needs.

clearly you haven't taken a look at this whitepaper from the US DIA:

This technology will definitely save millions in comparison of having to build "top-secret" isolated networks which have been proposed to us as well.

The challenge has been issued,the gauntlet thrown, the glove slapped across Brian's face..the only thing I care about is: Brian do you accept Simon's challenge of going to the Lion's Den and defend your article @ Citrix Synergy? (all expenses paid of course :) )

First, I'm already going to Synergy for free since I'm giving other sessions and I already live in SF. So thanks for the offer, but I'm good. (I should point out that the same offer is also extended for BriForum to Simon and anyone else in the world who wants to speak there.)

Second, regarding Simon's challenge to debate this, it's not something I'm interested in. Frankly I don't think this topic is worthy of an entire session, and I don't think there's too much more to add that hasn't been covered in these two articles.

I write an article almost every day.. so there have been literally hundreds of posts since the last Synergy. Simon keyed in on this one because it was easy. (I don't blame him at all for that.) But of all those hundreds of articles I've written, I don't want to go to the mat as the "motel art" guy. This was a fun article to write, and I stand behind it. Some of my points were legit. Some were a stretch. Simon called me on some but completely ignored others he couldn't defend. Fine. But there's nothing more to add to this conversation, and frankly I don't care whether Citrix is motel are or not.

Now of course Citrix has been silent on some of the real tough issues about what they should do around some pretty big things.. so THOSE are the questions I'd like to get out of Citrix at Synergy.. But that's not stuff worthy of a "debate" either.. I mean it's not like I can be up on stage arguing "What are you going to do about PVS?" with them taking the contrarian position of "we're not talking about that." The "debate" is just not the right form factor for that.

If we did have a debate, trust me.. we'd each say some really funny things for the first five minutes, and then for the rest of the hour you'd be like, "Jeezz.. this is so boring. I'm going to go find a beer."

The sad thing is Simon Crosby is missing a very important message. Citrix + MS is becoming less relevant everyday. While it's entertaining to read the debate, the more Citrix continue to blow MS, the less relevant they become. I for one use their products heavily, but am increasingly worried about enabling MS to F me, when I want to move to a world that consumes a lot more non MS native apps. So debate aside. Citrix should heed the warning while the VMWare should see the opportunity. Also underlines for me why the Quest/Ericom are also F'ed as they are wanna be MS b i t c h e s.

Funny, in my organization, I would say it's just the opposite. Working for one of the largerst financial services organizations in the world, we used to be in IBMs back pocket. But, I have been amazed at how much we have moved away from non-MSFT technologies in the past 5-7 years. Most of our internal development work has moved from Java platforms to .Net platforms and continues moving in that direction. The number of Windows servers now greatly exceeds the number of NIX platforms. The only non-MSFT products that are gaining any traction is the interest in handheld platforms (other than Blackberry), but even at that, the expectation is that they must be able to run MSFT productivity tools (Outlook, Communicator, etc.). And, I'll give you three guesses as to how we're delivering MSFT apps to iPads?

Brilliant observation and I completely agree.  But it's endemic throughout the org.  A few months back I forwarded a thread to a contact at Citrix which was quickly and summarily rejected by (wait for it...)

Apparently, the four letter word for defecation is enough to have my email bounced back unread.  I quickly responded with "B U L L S H I T" (which was not picked up by their "motel art" quality filter).  Your observation reminded me of that event and shows if they're afraid of swearing, they can't be serious about any other fu**ing thing.