Two days ago, Brian wrote a post "Microsoft releases details about Windows 8 on ARM (WOA) tablets, confirms it's safe for enterprises to keep buying iPads." In his article, he said that WOA will not be good for enterprise. I don't agree. I first attempted to post this as a comment, but when I started getting close to 2,000 words I decided to email Brian instead, and he agreed to post this as my first guest blog post.

First of all, I want to separate enterprise devices with consumer devices.

Of course people who use iPads at home to read emails in the bathroom want to do the same thing in their workplace, and yes, they want something that has clear, intuitive interface. iPads, Android devices and even Windows Phone devices can be treated the same way. All of them have the ability to run an email client, calculator, tax preparation software, DropBox, and Angry Birds, which is all ok when we're talking about C-level people or IT folks. But when we come down to “power users” or even “task workers,” we will see the real enterprise needs, like:

As I said, all cheap consumer devices (yes, $599 is cheap) have Wi-Fi, ActiveSync like features, a browser, and some VPN functionality. Some advanced Android devices have calculator and weather applications out-of-the-box. (And I hope someday the iPad will have a built-in calculator!) But can iOS or Android fit in the real enterprise?

Android is a successful newcomer for the following reasons:

And iOS… so different!

So where is Microsoft in the embedded OS market? 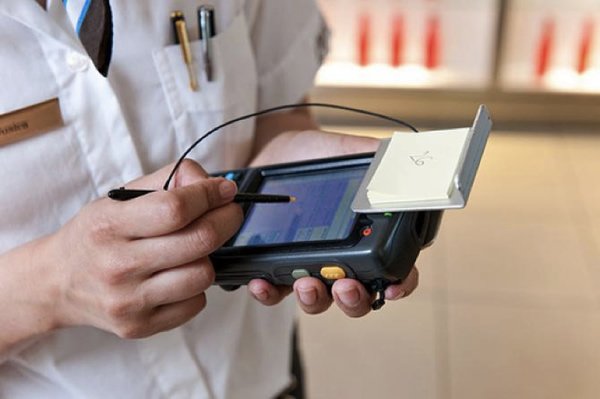 Microsoft’s lifecycle for Windows CE is little bit more complex than for other versions of Windows, but it is easy to find:

So, in my opinion, there is one leader on OS for enterprise or industrial devices market and that is Microsoft.

Continuing this tablet topic, I want to separate Window 8 tablets from Windows 8 OS itself. In Brian’s 1949-word article he used word “tablet” 20 times, while Steven used this word only 4 times in his 8609-word blog post. Something here is wrong :)

It's because Steven's blog post is about the Windows OS and ARM itself, not about tablets. It seems that Windows 8 for ARM will be successor for both Windows Embedded Compact (previously known as CE) and Windows Embedded Standard (XP Embedded). Why? Because you can't buy WOA itself--it only comes preinstalled, just like Windows Embedded devices. And when we talk about embedded devices, remember that current vendors have two options:

With WOA release vendors will get Windows NT on ARM! Windows NT had MIPS, Alpha and PowerPC support in the past. You can say that these other platforms were only an OS without any apps, but that simply wasn't true. These platforms were more powerful than x86 which was the newbie back then, and remember you are able to use server software for them (like with NT for Itanium now). Microsoft dropped support for these platforms because they became unpopular and were replaced by the x86. What was good about NT for MIPS? In the past, developers were able to recompile their existing Windows C++ code to run on different platforms. That was cool then, and it seems it will be true for Windows on ARM.

But there's one problem: Steven did not mention .NET in his post. This technology is important for Microsoft, so why didn’t they mention it? The answer is easy. The .NET framework is not ported yet for ARM. Of course there is .NET Compact and .NET Micro frameworks available, but they are not even close to the desktop monster. At this point, nobody from Microsoft will say when .NET will be available for ARM.

So why Microsoft is porting Windows to ARM?

ARM processors are already on the market, everybody uses them, and ARM is much more powerful now than 5 years ago. Microsoft is now in a position where Android can encroach on the embedded devices market just because users are more familiar with the Android interface than the interface of 10-year old Windows CE. (It's amazing what using a Galaxy Tab in the bathroom can lead to! :)

So, my predictions are below:

Now, let’s go back to the tablets.

First of all, tablets are good thing to show on Consumer Electronics Show since they are much more buzz-worthy than motherboards and boring looking controllers.

Second, Windows 8 Metro tablet with good power management is a better choice for enterprise than an iPad, even if it will support only Metro Apps. Advantages that WOA will have over iPads are:

Powerful and stable Windows 8 tablet will be better choice for companies that did not adopt iPads for enterprise. Moreover, correct me if I’m wrong, but I believe that not more than 5% of enterprises that use iPads have adopted custom-built iOS applications. That tells me that most of the customers do not need to rewrite their applications for Metro. Exchange/Office users can be easily migrated to Windows 8.

“What about desktop apps?” you might ask. My opinion on this is that those are specifically apps that you run on your desktop, and that the tablet is not a replacement for your desktop.

So, my take on this is that Windows on ARM is good on a few levels. It is good for embedded devices, because it will give them a more powerful OS. It’s also good that Windows on ARM will not have desktop artifacts like quickly recompiled 1Gb .Net framework or flickering Silverlight and will have only code that works well on ARM.

If we have fast and stable Windows NT on ARM, we will get upgrades for industrial devices and the best tablets for the enterprise. And hey, I only used the word "tablet" 11 times. (Well, now 12!)

Hi Denis! Really glad to see you here! :-)  I wouldn't be so optimistic about WOA in enterprises on mobile devices compared to Android and iOS. You argument this prospect using Win CE history. But I can't remember that either Wyse or HP (world thin clients leaders) offer something fresh on WinCE 7 though it has been ready for the year or more. Why? It is some kind of MS orphan and third party vendors (like Citrix, VMWare) don't hurry to release fresh soft for it despite of clear life cicle, etc. From the other side Apple and Google practice (forcing customers to make all updates through their own cloud services) can lead MS to follow the same way. What's then the difference in security, deployment? Moreover WinCE firmware for the particular device is highly customized - otherwise less performance, battery life and stability. This makes process of modular update very restricted. The same thing - as I understand - refers to all mobile OSes. Again - no difference. WOA will be in the same situation. As for Apple (sorry I'm using their iDevice:-) ) - it conquered CONSUMER market and it seems only now starts looking in ENTERPRISE direction (how long ago they established Volume Purchase Program for iOS? We still can't use it in Europe) I'm sure there will be large progress both for Android and iOS in supporting enterprise customers in all areas that you've mentioned talking about WOA\WinCE. At last it took MS more than 10 years to make  its OS (MSDOS\Win) suitable for enterprise market:-)

Alex, thin clients are only part of WinCE story. Yes, you right, Wyse and HP pushing their custom thin OS with devices, These thin OSes are cheaper for vendors. But as you can see, all major vendors still have CE devices, because only CE and XP embedded devices can be adopted to the user needs. (I have a customer which use thousands of Zeniths, but still need hundreds of CE clients because of custom virtual channels)

HI! Thirst of all let's say that productive environment requires a produvtive OS. It's quite clear. When we mention CE or XP version or something version of Windows - yes we quite good undersatnd that all thess terms concerns the productive OS! When we speak about *nix OSes(linux, bsd, some etc.) we realize that not of all versions are:

2. Good patched and have plain upgrade

3. Not produtive oses at last.

So many vendors like HP now understand that Windows has good position on a market as far as anderstand that large servers environment MUST (not have) uses giant energy consumption. So the ARM architecture, in their point of view,  is useful not only for users like me but for servers environment. Let's look the link from HP: h30507.www3.hp.com/.../101451

Some platform vendors like Intel or AMD don't have and not have  in closer plans to do servers on ARM.

Sp what type of OS the new HP innovations will support? Of coures HP-UX thirst of all and linux on ARM I think so. But HP now have good relations with Microsoft and have developmnet agreements for making good Windows OS on the HP paltform. It's quite obvious that Windows on new HP ARM innovative platform has a big future. I don't suppose that it may be CE or XP, so as they hane blade-pc architecture on Intel. Primarily it must be server OS.

Good article about what the enterprise needs.  However, how is Brian wrong?  For one, Microsoft hasn't promised these "Enterprise" features in an ARM edition and second, Microsoft still doesn't have anything in the market place and when they do, "Enterprises" will have to use Microsoft's Marketplace.  If anything, Windows 8 on ARM is nothing more than a consumer grade OS.

Given the (lack of) "manageability features" mentioend in :

32-bit and 64-bit versions, businesses can use these power-saving devices in unmanaged environment"

Do you still have the same views ;-)