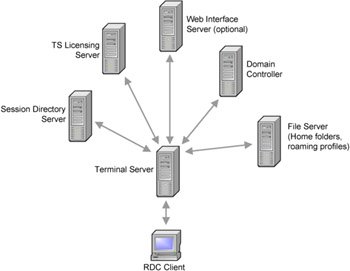 Figure 7.1: The Terminal Server components that must be functional

By this point you are well aware that a major architectural advantage to thin client environments is that any user can connect from any client device. If a client device ever fails, a user can begin using a different device and pick up right where he left off.

Chapter 9 will present the issues to consider when designing your client device strategy. These issues can be summarized as follows: With RDP clients, apply "high availability" not by changing anything on the client itself, but rather by having a spare client device available to quickly replace a failed unit. Many companies that employ true thin clients at business locations will keep one or two spares at each site as quick replacements in the event of device failures.

In a Terminal Services environment (or any thin client environment), users instantly become unproductive if their network connection is lost. Short of running dual network cables to every user's client device, you can configure clients to point to multiple Terminal Servers on multiple network segments (as covered in Chapter xx).

If your users connect to Terminal Servers over a WAN link, it's a good idea to provide some type of failover should that line go down. Generally the decision to do this will be dependent on the cost of the failover connection.

Think about a single remote site environment. Assume you have a remote site connected to your LAN via a T1. There are 30 users at that remote site using Terminal Server to access one of their primary applications. If that link is down due to either a router failure or line failure, how much down time would be acceptable for those users?

This example is very simplistic. To make any network system fully redundant you must ensure that all of the components in the chain are redundant, including the WAN lines, the routers the lines are connected to, and the switches that the routers are connected to. If any of the components between the client and the server were to fail, connectivity would still be available.

On Terminal Servers you should also ensure that the network components are redundant all the way to the server. This process would include putting dual network cards in your Terminal Servers and configuring them for failover in case one stopped working. Best practices suggest that each network card be connected to a different switch so that the servers can still function if a switch is lost.

If the TS advanced client or a custom portal is used to provide access to applications (as covered in Chapter 11), you must take the necessary steps to make certain that a working web page appears whenever users enter the URL into their browsers. Let's examine the steps that can be taken to ensure that the web server does not become the Achilles' heel of your Terminal Server environment.

How will you guarantee that your users will always be able to connect to a functioning web server, even if your primary server is down? Luckily, people have been focusing on creating redundant websites for years, and there's nothing proprietary about Terminal Server environments that would prevent your web site from working like any other. Four common ways of ensuring website availability are:

Option 1. Use a DNS Name to Connect to the Web Server

By connecting to an RDP website via a DNS name rather than an IP address, the DNS name can be configured to point to any IP address. If something happens to the main server, the DNS table can be modified to point to a backup server. The disadvantage here is that the failover must be done manually.

Advantages of Using a DNS Name for Redundancy

Disadvantages of Using a DNS Name for Redundancy

Option 2. Use Load Balancing or Third-Party Smart DNS to Connect to the Web Server

Windows web servers can be configured in a load balanced cluster just like Terminal Servers, allowing multiple servers to respond to web page requests. In the event that one server goes down, the other will accept all the requests. (Load balancing is covered later in this chapter.)

Some third-party load balancers allow for "health checks" to be performed constantly on the servers they are load balancing. These products can generally be configured to poll the service you are attempting to load balance (such as IIS) to ensure that the server is alive and responding to the proper requests.

In addition, some third-party products offer what they call "Smart DNS." These packages are a step up from normal load balancing that usually will only work when the servers are on the same subnet. These types of products (such as an F5 Big IP DNS controller) tie in at the DNS level where the URL is resolved and provide the ultimate availability since they can load balance across IP subnets. In addition to being able to lose a web server, an entire site or connection to a site can be lost and your users will still be able to connect to another server.

The disadvantages to using this type of product are that it must tie into your DNS and is generally very expensive if you are only going to use it for a set of web servers.

Many web servers can be configured in a cluster, allowing one web server to take over if the other fails. Cluster failover is automatic, although the hardware and software needed to run them can be expensive. (Web server clustering with Internet Information Services requires the Enterprise edition of Windows 2003 which is much more expensive than the standard edition.)

Advantages of Building a Web Cluster for Redundancy

Disadvantages of Building a Web Cluster for Redundancy

Some people decide to configure two identical web servers and instruct their users to try the alternate address if the first is not available. This option is cheap and easy to implement, although it requires that your users remember a second address.

Advantages of Using a Manual Address for Redundancy

Disadvantages of Using a Manual Address for Redundancy

Two different strategies can be used to increase the redundancy and availability of your actual Terminal Servers:

Chapter 5 outlined strategies for the "cluster / silo" model of deploying Terminal Servers and detailed the advantages and disadvantages of building large or small servers. This section builds upon those two chapters by addressing the design option of whether you should approach server redundancy with "quality" or "quantity."

One approach to making Terminal Servers highly available is to increase the redundancy of the systems themselves. This option usually involves servers with redundant hardware including disks, power supplies, network cards, fans, and memory. (Today's newest servers have RAID-like configurations for redundant memory banks.)

Option 2. Build Redundancy with a High Quantity of Servers

As outlined in Chapters xx and xx, you'll most likely need to build multiple identical servers to support all of your users and their applications regardless of your availability strategy. In most cases it's more efficient to purchase an extra server (for N+1 redundancy) than it is to worry about many different redundant components on each individual server.

To correctly determine which actions you should take to ensure that your data is highly available, you must first classify your data. All data can be divided into two categories:

As outlined in previous chapters, you must ensure that your Terminal Servers only contain non-unique data. Unique data should be stored elsewhere, such as on a SAN or NAS device, as shown in Figure 7.2. 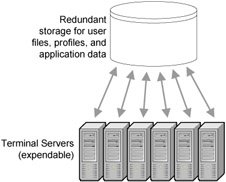 Figure 7.2: Redundant servers with data on a SAN

In this environment, your data is protected if you lose one or more Terminal Servers. Your SAN should have the necessary redundancy built into it, such as RAID, multiple power supplies, multiple controller cards, and multiple interfaces to the servers. Instead of using a SAN, you can use a standard Windows 2000 Server file share driven by a Microsoft Cluster.

Advantages of using a SAN or RAIS for Data Redundancy

Disadvantages of using a SAN or RAIS for Data Redundancy

The primary server services all license requests since it has licenses that are installed and ready to hand out to the servers. The backup will be there as a "just in case" and acts as a place to which you can restore the license server database if required.

When designing your redundant license server solution, resist the urge to install licenses on multiple license servers (unless you have business reasons for doing so as outlined in Chapter 4). The scenario laid out in the pervious paragraphs represents a tried and true method.