A Terminal Server is basically the same as the regular Windows Server operating system except that in Terminal Server environments, key components have been added or modified to provide support for multiple, simultaneous users.

Microsoft Windows has always been a "multi-user" operating system in the sense that multiple users could be connected to a single server at any given time. However, these users were connected to file services or printer services on the servers. They ran their local Windows interfaces on their local computers, and the server only supported one desktop interface via the local keyboard, mouse, and monitor. The main difference with Terminal Server is that multiple users can run their own Windows desktop sessions on the server. So Terminal Server is "multi-user" in the sense that it supports multiple desktop interfaces. Some people like to think of this as a "remote control" environment, except that the Terminal Server can accommodate many users "remote controlling" it at the same time, with each user doing something completely different.

In order for Terminal Server to support multiple user sessions, some changes had to be made to it from the regular Microsoft Windows server software. There are two fundamental differences between a regular Windows Server and one with Terminal Server installed:

Although it seems that the Terminal Server is basically a glorified PCAnywhere system, it's actually a complex system made up of several different components, subsystems, and interfaces. A more complete diagram of the Terminal Server components is shown in Figure 2.1. Refer to it as you read through the next few sections describing each component that makes up Windows 2003 Terminal Server.

You will recall that a key component of any server-based computing environment is a multi-user operating system. In Windows Server 2003, this system is controlled by the kernel.

Windows Server 2003 needs a way to distance critical operating system components from all the crazy users. To achieve this, Windows processes operate in one of two modes: user mode or kernel mode. Thinking back to your Windows NT training, you'll remember that a user mode application cannot write directly to the OS memory. Instead, it has full access to its own 4GB memory space. An operating system component called the virtual memory manager (which itself runs in kernel mode) controls all of this and writes to the system memory on behalf of the user-mode application.

In Terminal Server environments, the separation of user mode and kernel mode applications allows the system to separate and isolate the users. One users' application crash won't take down the whole system. (Of course you're thinking that an application crash can take down a system, however, that's usually tied to device drivers which run in kernel mode.)

In "standard" (i.e. non-Terminal Server) Windows environments where only a single user logs on interactively, all kernel-mode processes live happily together in one memory area and namespace. In multi-user environments like Terminal Server, however, this sharing won't work since requests from different users' sessions could conflict with one another. The kernel on a Terminal Server is consequently multi-session aware; it keeps each user's session separate with isolated processes and memory. Windows Server 2003 makes some changes to the kernel when the Terminal Server component is installed to accomplish this.

First, the server places some of the kernel's memory address space into virtual memory. This allows what would be conflicting requests in a single-user environment to be processed properly in the multi-user environment, and for multiple instances of kernel-mode device drivers to be loaded and used by multiple users (the reason why one user can technically crash the whole system).

Some system processes are not session-specific, meaning that all users in all sessions will need access to them. These processes are stored in a single (global) memory area shared by all users.

A side-effect of sharing processes like this in a Terminal Server environment is that sometimes you'll run into processes that are not "session aware." One potential (and kind of funny) result can be error messages that are displayed on the server console from applications running within a user's session. Since there's usually no one in the server room to acknowledge the message, there is the potential to prevent a user's application from continuing.

If the multi-user kernel is the foundation of server-based computing in Windows Server 2003, the Terminal Service is the cornerstone. This service (loaded via termserv.dll) is loaded right after the kernel comes online. After the server's console (keyboard, video and mouse drivers) is loaded, the Terminal Service initiates the Session Manager subsystem (smss.exe) responsible for managing and tracking all user sessions on the server.

A new session is created each time a user logs onto Terminal Server. A session essentially consists of a virtual desktop from which the user can run applications and with which he can interact just as with a workstation. A server session should not be confused with the server console, since a session is not a remote control of the console but actually a new desktop separate from the console.

Each time a user connects to a Terminal Server and creates this "virtual desktop," a unique session ID number is created to differentiate the user (and therefore the user's processes) from all other sessions and users. Session IDs also enable the server to keep memory separate for each user's session. When a user logs off from a Terminal Services client, the session that was being used is deleted and the processes and memory that were launched and used by that session are removed. Each Terminal Server tracks its own Session IDs and handles the task of issuing, tracking, and removing them.

Since server sessions are "virtual" (and memory and processes are kept separate between sessions), an application crash or lockup in one session should not affect any other user sessions, even if other users are using the same application.

However, the key phrase here is "should not" affect other users. Even though user sessions are separate on a server, they still share server resources and certain segments of code. If one user invokes a process that causes the server to blue screen, this will obviously have an effect on the other users. On the other hand, simple occurrences like an application hanging on a timed out request or Microsoft Word crashing when a user opens a corrupt document will not be seen by the other users (within their own sessions) on the system.

Since a session is really a user's desktop, there are times that a session can be in various different states, much like a normal workstation. For example, if a user walks away from their workstation for a period of time, the workstation does not turn off. Rather, it is merely idle, waiting for user input. Terminal server sessions behave much the same, and can be in one of a number of different states depending on the user's activity (or inactivity), connectivity between the client and server, and session time out settings.

All user sessions on a Terminal Server must be in one of the following six states:

In most environments, administrators configure sessions with various timeouts. You can limit the amount of time that a single session can be open, or you can automatically convert an idle session to a disconnected session. Timeouts help to limit the amount of time the server spends executing processes for users that really are not working on the server. We'll cover the exact techniques and strategies for configuring these later in this book.

Every user's RDP session connects to the Terminal Server through a connection port. A connection port (commonly referred to only as a "connection") is a virtual port on the server associated with a specific network card and protocol combination.

Each Terminal Server connection port has a subcomponent called a "listener." The listener component "listens" on a specific network card and protocol combination for which the connection port is configured. When a user wants to establish a new session on the server, they use their RDC client software to contact the server. The server's listener picks up the client request and forwards it on to the session manager. The listener then goes back to listening for more connection requests.

As we discussed previously, Microsoft's RDP protocol running on TCP/IP is the actual protocol that connects users to server sessions. We also mentioned that this protocol can support more than just pure virtual desktops. RDP allows remote session audio from the server to be channeled to the client device's speakers. It also allows for devices plugged into the client's serial ports to appear as if they're plugged into the server. These "extras" are available via RDP's virtual channels. A virtual channel is simply a mechanism to move data back and forth between a Terminal Server session and a client. By default, the RDP protocol on Terminal Server 2003 contains several virtual channels.

If default virtual channels don't meet your needs, MSDN and the Windows Server 2003 SDKs contain information on writing your own custom virtual channels. A virtual channel is a combination of two components—a client-side component and a server-side component. Both can send and receive data via the virtual channel, allowing for one- or two-way communication. Virtual channels can also be RDP independent, which means that you can customize to your environment without upgrading or changing the actual client or server software.

With that said, let's take a final look at the architecture of a virtual channel. Refer to Figure 2.4.

The server-side virtual channel component is usually an executable running on the Terminal Server. This component must be a user-mode component, since the server uses the session ID to determine which client-side session it should transmit to and receive data from.

The client-side virtual channel component is usually a DLL provided by Microsoft, the third-party software vendor, or custom-written by your developers. The DLL must be loaded on the client computer when the RDC client program is launched and begins the connection to the server. In most cases this is scripted or done programmatically at the client level.

How all these Components Fit Together

Now that you understand each of the various Terminal Server components, let's see how they all fit together. Follow the process that takes place as a client connection is made, referring to Figure 2.5. 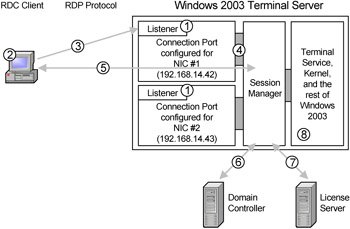 Figure 2.5: A new session is established

Now that we've covered all of the components that make up a Windows 2003 Terminal Server, turn to the requirements.